It’s been a few weeks since my last post and I thought it would be good to drop an update. I’ve been busy the past few weeks whittling away at my goals and trying to learn as much as I can about self publishing. So lets jump into it.

Since my last posting I revisited my outline for book two, many times actually. I found a bunch of holes that I fixed, lined up dates and timelines with book one, and teased out each of the POV’s I was going to write. I have a few people in this historical arc I need to flush out the personality of but overall the important points are good to go.

I broke out the outline into all of my chapters and built out my Ulysses folders. On the right you can get an idea what it looks like. Nothing fancy really. A grouping per chapter, some slots for Front and Back stuff, etc. I also included a small screenshot of what the folders in Book one look like after it evolved. I got this idea from Matt Gemmell.

I create Focus On filters to help me narrow in on POV’s or other things. Selecting one of the filters in there brings up all of the scenes with that character in them. I also create a Requires Attention filter to quickly find things I need to cleanup later. To flag these things I use conventions like TODO littered throughout the book or I prefix things like EEP1 or EESHIP to denote that I need to come back later and fill in the name of the first planet in Epsilon Eridani or the name of their ship. It’s nothing fancy, but when I’m writing I want to remain in the flow as long as possible. The last thing I want is to get bogged down with figuring out a ship name on the spot.

So the outline is done, it’s been chopped up, and while I have a few small things to tweak later, there isn’t anything stopping me from writing. WOOT! I’m excited to get into the story lines I outlined. It really shaped up and I surprised even myself with some of the twists I added 😉

Believe it or not I’ve actually been doing some writing outside my outlines. I finished my first few passes of editing for the tail of book one. I’ve been reading through certain POV’s (using the Ulysses filters I mentioned earlier). I know what each character should feel like and where I want them to be as the arc evolves. Focusing in on them I’ve been able to see if I delivered and tweak as needed.

One nice thing that’s helped me edit is using the built in iOS & Mac functionally to read anything you highlight and ask it to.

It allows me to close my eyes, listen to what I wrote, and see if Siri stumbles over the words. Is it the tone I was going for? If not, tweak it.

On to other things like learning. With my new job, I now have a 20-30 minute commute each way. While I love music I’ve been using this time to listen to podcasts on writing. Some of my favorites that I’d recommend are:

There are more, but these are the ones I’ve been listening to the most. They’ve helped me think about my characters, story arc, tools, publishing, and marketing to name only a few things. Tons of great content and plenty to binge listen if you’re looking for something to pass the time.

Warning: be sure you have something to take notes on while you’re listening. The ideas will come fast and furious sometimes. If you’re like me, and you’re driving, then I suggest you master talking to Siri to take a note while your safe behind the wheel.

So what else am I doing to learn my craft? Last spring I attended the ConCarolinas Convention and did the Writers Track. This year I wanted to up my game a bit and find something with bigger and deeper writing tracks. I wanted more information on marketing and self publishing, something that ConCarolinas was light on. I wanted to up level up my conference experience.

I started looking at DragonCon Atlanta in September. It’s massive and while I found a few reviews online about the writing tracks they were from years ago and sparse on details. There’s no doubt it would have been a level up from ConCarolina but I wanted to know more before I pulled the trigger.

It was an entire conference focused on what I was trying to do. Self publish. They make most of their material available online afterward but I want to meet the people. I want understand how they got to where they are, network and brainstorm ideas for stories, plot, and marketing. I’d joined their Facebook group a while back and have been lurking and reading the awesome posts from the community.

This seemed like the perfect conference. While it would likely be more costly than ConCarolina or DragonCon in my Charlotte backyard, I could still attend on the cheap. So, I queued up last weekend and when they opened the floodgates of registration I pulled the trigger. Well, lets be clear, I did so only after I talked to my wife about it. She’s amazing and said yes 🥰

So that’s in November which according to my calculation, is plenty of time for me to edit book one, write and start editing book two, and dare I say start outlining book three. Heck, I might even be able to get some book covers lined up.

That’s all for now. It’s going to be a fun year.

Talk to you again soon.

← Prev: Outlining And Planning Book Two Next: How My Writing Is Progressing → 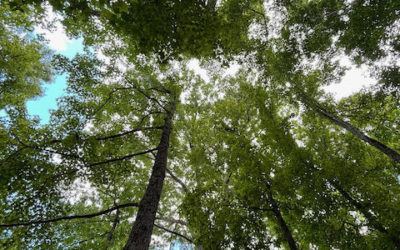 Author? Novelist? Newbie? Snail… We're all a bit different. I’m sorry I haven’t been as active in the blog as I’d have liked. It’s not due to a lack of writing, that’s for sure. I’ve been working on writing Dark Nebula: Beacon and a new series of books (details coming...

END_OF_DOCUMENT_TOKEN_TO_BE_REPLACED 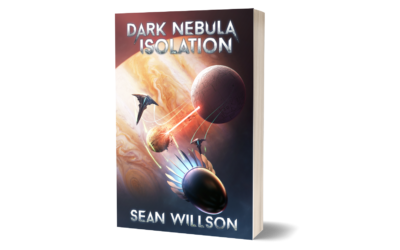