The Same Yet Different

How many different ways can I write about a similar scene to offer different ideas, angles, and perspectives? This is an exercise in engaging and pulling the reader into a situation that’s similar yet complete different.

The alarm gradually pulled him out of a deep sleep. Groggy from working late the night before, he fought the pull of a new day. Slowly reaching to where he thought the alarm was he instead knocked over his cup of water. Swearing at not only the water spilling onto the carpet but at how cold the room was he quickly pulled his hand back under the warmth of the covers. Gradually he realized the alarm was still warning him of the cold. No wait, it was awakening him, that’s right he had to get up. Finally fighting the siren song of sleep he regained full consciousness and reluctantly reached over and turned it off.

The alarms incessant beeping yanked him out sleep. He felt like he’d just put his head on the pillow and was reluctant to move at first. He closed his eyes tighter refusing to admit the new day was here but that blasted alarm continued to drone on. Finally after far too many beeps he reached into the cold room to end the clatter and was greeted instead with a tipping cup of water. Slowly it spilled it’s contents onto the floor. Pulling his arm back to the warmth he could hear the water dripping on the carpet almost like a melody in sync with the beeps. Finally after the duet ended he reached out and put an end to the horrible noise.

It all came down to this, man verse dragon. He’d set his trap and now he was waiting silently for the perfect moment to trip it. Suddenly he heard something, a piercing noise he’d never heard before. Was it the dragon? No, that was no dragon he’d ever heard. Suddenly the chamber grew cloudy and the noise grew louder. Fearing his end was near and that he’d lost the upper hand he reached to trip the trap. A last ditch attempt to get even with the fiery beast rewarded instead with water. Water?

Slowly he awoke to an unfortunate realization that he wasn’t in a cavern after all. He was instead in his bed and had just dumped water all over his end table. That noise, not the infernal dragon he’d longed to kill but something far worse, his alarm clock. Reaching in disgust he turned it off all the while wishing he’d be cast back into his dreamy final battle.

There it was, the alarm. He knew it was coming at some point he just wasn’t quite ready. He’d been up all night unable to sleep with his mind doing circles. No matter what he just couldn’t figure out how to start this new chapter. He hit dead end after dead end, tossing and turning tossing and turning. Finally admitting defeat, the bell now literally tolling on the end to a fitful nights sleep he reached to turn off the alarm. Instead of being given the end he longed for he was instead given a splash to the face. Well actually a splash on the floor from his cup of water on the end table. It did however give him a great idea for the new chapter, water! Quickly reaching to shut the alarm off he jumped out of bed to start writing this down before it washed away.

He laid there staring at the clock waiting for it to ring. Not quite sure what to say. Always a loss for words now wasn’t the time to botch the morning after. He’d never had a one night stand before but he’d seen enough sitcoms to know what not to do the next morning. Forgetting her name ranks right up there with sneaking out of bed.

Suddenly the alarm started beeping and she began stirring beside him. As he reached for the alarm she turned and put her arms around him causing him to jump and knock the water over. Why was he so darn ticklish? He turned to look at her and smiled, she smiled back and pulled him closer. Slowly he leaned in to kiss her and used his free hand to throw the alarm across the room. This was how to start the morning.

The alarm beeped every 1.5 seconds. He timed it as just as he timed everything in his life. He’d slept 10 minutes short of 7 hours. He woke 3 times, once to use the restroom which took precisely 1.5 minutes. As he reached to shut off the alarm, always on the 5th beep, he instead knocked over his cup water. Stunned he wasn’t sure how that had happened, the cup wasn’t usually there. He froze as he watched the water fall to the floor it’s pattern random. He hated randomness. He’d lost track of the count, how many beeps was that? How long had he waited? Slowly he reached and shut the alarm off mid beep instead of in the crisp controlled silence between the beeps. Still staring at the water mark growing on the floor he suddenly realized the temperature in the room was off from its usually precise 70 degrees. He sighed and muttered quietly under his breath, “Chaos! Absolute chaos!” He knew this day was not going to go well at all. 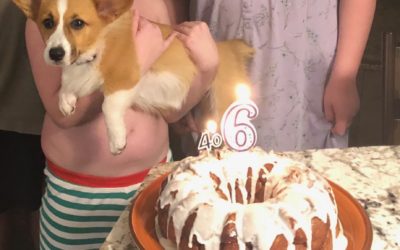 46 Years On This Pale Blue Dot

I had a birthday on Friday and celebrated my 46th year on this planet. It was a low-key birthday around our house with us still being in full quarantine. It’s surreal thinking about how long I’ve been here. While I’ve done many things in my life, there are even more...

END_OF_DOCUMENT_TOKEN_TO_BE_REPLACED

How My Writing Is Progressing

Hello everyone! I wanted to drop a blog post to update everyone on the status of my writing. It’s been a few months, and I didn’t want anyone thinking I’d stopped. I’m still going strong writing and editing but I’ve tweaked a few things. Well, more than a few as it...

END_OF_DOCUMENT_TOKEN_TO_BE_REPLACED

It's been a few weeks since my last post and I thought it would be good to drop an update. I’ve been busy the past few weeks whittling away at my goals and trying to learn as much as I can about self publishing. So lets jump into it. Since my last posting I revisited...